It's my birthday today. 43 glorious years on this planet. My 30s were mostly about building a family – I had 2 beautiful babies and watched as they grew into incredible young people. Now that they're older, they don't need me in quite the same way. So my 40s so far have been a journey about building myself again and trying to listen to the niggles inside that are trying to guide me in the right direction.

The last few years have been one hell of a journey – driven by a rather frightening amount of self-reflection, self-discovery and self-doubt! And an impressive amount of mistakes. But I have also learnt an awful lot – and I would like to share some of my words of wisdom with you now (and I have got very grey hair which means I am incredibly wise so you should listen!).

So, here are 5 life lessons from Helen McNicholas, age 43 and 30 minutes.

1) You've got to make friends with making mistakes.

I was a high achiever at school and this meant that I always had an audience when grades were given out or exam results released. This also meant that I piled a ridiculous amount of pressure on myself to never be seen to do anything wrong or to 'fail'. I struggled with swimming lessons because I didn't like the idea of being watched while I was unable to do something and I learnt to ride my bike on my own when no-one was watching.

This fear of failure was crippling – a massive trigger for my overthinking which went into overdrive with thoughts of all the things that could go wrong and all the bad things people would say about it. Letting myself leave this old, mistaken belief behind and embrace the idea of 'failing' has been one of the most important factors of me moving forwards and acting on my own dreams and ambitions.

Over the last few years, as I've thrown myself into the adventure of building my own business, my own brand, and I have made some massive mistakes – and I have done them in full view of friends, family and Facebook! Now this still doesn't come naturally to me and it has taken many deep breaths and leaps of faith to keep going. But every time I have made a mistake or tried something that hasn't worked, it didn't kill me. And there weren't queues of people lining the streets to point and laugh at me. In fact, most of the time, most people didn't even notice. And those that did didn't mind. One thing is for sure – every mistake I have made, in the solace of my studio or loud and proud on Facebook, has taken me onto something better or helped me learn a valuable lesson. If I hadn't made all these mistakes, I would still be where I was years ago. And I don't want to be there. 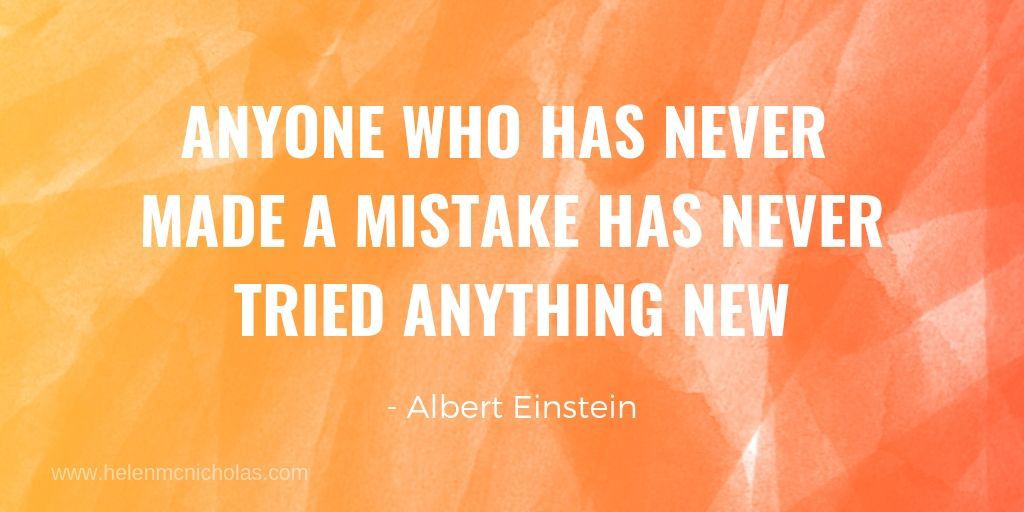 2) Some roads you take will be dead-ends

Part of embracing any new adventure in life involves taking paths never trodden before. And to fully embrace these adventures we have to be willing to try some roads that might take us where we want to go, but also might not – but we won't know that until we try. It is much easier to stick with what we know but then we will never go anywhere new – and that doesn't just mean new places, but also new thoughts, ideas and experiences.

So, sometimes coming across a dead-end is ok – it is a valuable part of the journey. Or even if it's not a dead-end you might just decide you've had enough of travelling in that direction and want to turn around.

In my work, I have tried many new ideas and products and not all of them have worked. Not all of them took me in the right direction. And it is ok to change things, get rid of things or stop doing certain things as you adjust your direction to get you where you want to go. As long as you are moving, towards whatever your goal may be, the dead-ends and the u-turns won't stop you, they'll eventually help you towards your destination. Only if you stop will you go nowhere!

Think about the iPhone. Now if Apple waited until they had perfected it we would still be waiting. In fact, the iPhone would probably never make it to market. So they launched it when it was 'good enough' and they keep on updating and improving it as they go.

The same goes for us. We keep changing and evolving as we go through life so waiting until everything is perfect to make a big decision, to take a leap of faith or to have the confidence to just be ourselves could take forever.

We need to take action now – and keep updating and improving as we go. Progress is better than perfection, action more powerful than just dreaming about something. The time will never be right, conditions will never be perfect. Whatever it is, do it now! 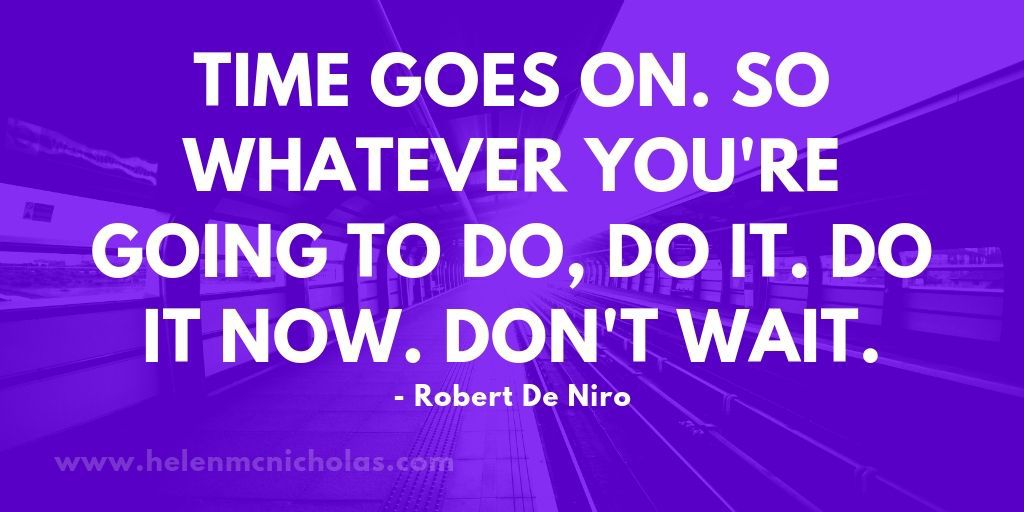 I wouldn't have survived on this journey as long as I have without the help and support of my friends and family. Again I have to admit that I do still struggle to ask for help sometimes and this is because of the same fear that makes me worry about failing or taking a dead-end – it is the worry about what other people think and I truly believe that this is at the heart of a lot of overthinking for many people. It is this fear that makes me think I can't show weakness, or worry or need because people will think less of me. But I have done and more importantly they haven't – even having some very uncomfortable conversations with people about money when things got really tight (no, I mean, really tight!)

Whether it's some small, practical stuff or something massive, embarrassing or awkward – asking for help can be so hard but can make the biggest difference. And you will find that with very few exceptions, people are ready and willing to help. In fact, they would be devastated to think that they could have helped and didn't because they didn't know the help was needed.

They say it is often a strong sense of pride that stops us asking for help but I disagree. It is the fear of being judged, of being seen to have failed or of being thought less of that often stops us. But true friends and family won't judge or pity, they will help just as they know you would help them.

And I can't stress this enough – especially in our recent times of increasing mental health problems and people coming under constant stress and worry – there is someone who is ready to help. Always. Please, please ask them.

5) We all need to give ourselves permission to be human

All of the above, plus many other lessons I have learnt along my crazy journey, all seem to culminate in one main message – we need to go easier on ourselves.

The crux of all my overthinking lies with a concern about what other people think. I want to please people and yes, impress them and make them happy and I'm devastated if I ever feel I have let someone down. But the danger of this is that I place a number of impossible demands on myself to never do anything wrong, to never show weakness or require any help. And this is just bonkers (but may sound familiar?)

The minute we give ourselves permission to cock things up sometimes, to not have all the answers and sometimes need help, we immediately allow ourselves to live a fuller life, a more authentic life. We are humans, not robots, and none of us are perfect. We live in a world where we feel like we have to live up to impossible standards and match some non-existent ideal – but we don't.

Who we are is enough. It's more than enough. But the real us, with flaws, weakness and cock-ups galore. That's where the wonder is. Not in a restricted version of ourselves, one which edits what the world sees and overthinks every step we take.

We need to shake off the self-imposed shackles of 'robot' and start dancing the imperfect dance of real, wonderful human life.

So before I sign off to spend the rest of my day eating cake, I will leave you with this reminder...